Introduction:
This route will bring you to the rehabilitation institutions for the hearing impaired – Macao Deaf Association Centro de Apoio a Surdos, to understand the current situation and development of community rehabilitation services for the hearing impaired in Macao. In addition, we will also visit the Golden Lotus Square. This large gilded bronze sculpture is to commemorate Macau returning to the motherland and is called the “Prosperous Lotus”

金蓮花廣場
Golden Lotus Square
On December 20, 1999, the first day of Macao’s return to the motherland, the large gilded bronze sculpture the “Prosperous Lotus” presented by the State Council of China was unveiled at the Golden Lotus Square in front of the Fórum de Macau.
The major part of the“Prosperous Lotus”is composed of a stem, petals and pistil—a total of 16 components. The sculpture, made of gilded bronze, weighs 6.5 tons, and is 6 meters high. The base consists of 23 pieces of red granite in three layers and in the shape of lotus leaves. The diameter of the flower is 3.6 meters at maximum. The lotus blossom symbolizes that Macau will prosper forever. The three layers of red granite of the base signify the three main parts of the territory: Macau Peninsula, Taipa Island and Coloane Island.

浸信會澳門愛羣社會服務處-樂融山莊
Baptist Oi Kwan Social Service of Macau-Harmony Villa
Baptist Oi Kwan Social Service of Macau continues to provide creative and diversified community services to cater for the needs of social change. The current services include child and youth services, mental health services, education and counselling services. Since 2017, the mental health home was established. ” Harmony Villa” is a spiritual rehabilitation long-term care home providing “people-oriented” and “recovery-oriented” accommodation services to reduce personal and social problems caused by mental illness and to live in the community. Development and growth. Through group living, we provide long-term accommodation services, phased and comprehensive rehabilitation activities for residents to get the living ability and support needed to promote their quality of life. The service target is a person who has recovered from mental illness (Both men and women) who is 16 years of age or older. Due to social or family factors, accommodation arrangements are required.
Fonte: http://www.bokss.org.mo

龍環葡韻
Taipa Houses
Acclaimed as one of the top eight sites of Macao, the Taipa Houses represents the charming Portuguese architectural style in Taipa. The Portuguese residences along Avenida da Praia, together with the neighbouring Our Lady of Carmel Church and the garden, comprise a picturesque landscape in which the five green houses stand out as the most representative.These five houses, built in 1921, once served as the residences of senior civil servants, also namely Macanese families; in 1992, they were acknowledged as a building complex of architectural value. Later, the government decided to revamp the houses completely as a museum site, opened to the public at the end of 1999 as the ‘Taipa Houses-Museum’.

Introduction:
The itinerary includes Seng Kong Se and Tam Kong Temple, two locations located in the Macau & Coloane Village. We will go to Seng Kong Se firstly, then we will go to Tam Kong Temple. The first visit site includes an introduction to the service and an overview of the center. The second visit site, Tam Kong Temple, one of the four temples of Coloane Village, allows visitors to learn about the connection between the religion of Macau and the traditional fishing village.

星光舍
Seng Kong Se
Provide housing to people with mild and moderate intellectual disabilities those have basic self-care abilities and daily living skills. Allow the service users to live independently in the community after the training. Enhance the self-care abilities of the service users which in turn relieve the family members’ pressure. The ultimate goal is to let the service users return home and live with their families.
Seng Kong Se is affiliated with Association of Parents of the People with Intellectual Disabilities. Seng Kong Se is a home-style, assisting living hostel with two-bedrooms. It provides two-year training based on a community service model, as well as daily living skills training to people with mild and moderate intellectual disabilities. The goal is to enhance their independent living capabilities. Moreover, temporary accommodation is also available those with emergency needs.

路環譚公廟
Tam Kong Temple
This temple, with a fine toll roof decorated with porcelain figures, is dedicated to Tam Kong, a Taoist god of seafarers. Beside his image, the temple contains a four feet long model of a dragon boat made from a whalebone, with a crew of wooden men in red robes and yellow hats. There is also a dramatic mural of a tiger with club, big-eyed and orange striped, against a background of rocks and twisted pines. There are two temples dedicated to Tin Hau in Coloane village. The larger, on Largo Tin Hau Miu has, at its entrance, a traditional fire engine, which had to be wheeled by hand. A short distance away, off Travessa da República, is a smaller temple, with ­some brilliant gilded carvings over the entrance and a moongate facing the sea.
” Tam Kong ” is a native of Guangdong Province (now Huizhou City). At the age of 12, he has been awarded “Daochengxian”, helping local fishermen to enter and leave the port and be deeply worshipped by local residents. After Tan Gongcheng became a fairy, he practiced “the technique of immortality,” so his image has always been a soul boy or a real person. For many years, Tan Gong Temple has been blessing the villagers of Coloane Village, but the temple has been in disrepair for a long time and the villagers decided to rebuild the new temple. Tam Kong Temple in the Tan Gong Temple recorded that the temple was founded in 1861.

澳門扶康會寶利中心
The Pou Lei Centre
The Pou Lei Centre Bureau and is dedicated to the provision of vocational skill development trainings and employment services to adults with mild or moderate intellectual disabilities, assist the adults with intellectual disabilities to exert their potentials and finally achieve the purposes of open employment and integration into the society。

澳門旅遊塔會展娛樂中心
Macau Tower Convention & Entertainment Centre
Macau Tower Convention & Entertainment Centre Opened on 19th December, 2001, Macau Tower is 338 metres in height. It is an elegant construction offering magnificent panoramic views all over Macao and much of the Pearl River Delta from its observation deck and revolving restaurant, at the 223-metre level. There is the opportunity to walk around the outside of the tower, for instance “Skywalk X”. 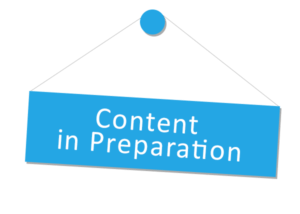 Scroll back to top
Menu

We use cookies to ensure that we give you the best experience on our website. If you continue to use this site we will assume that you are happy with it.OkPrivacy policy